Werndl with personal best and Schneider on course for a record: The first day at the International Ludwigsburg Dressage Festival

Home  >  Allgemein   >  Werndl with personal best and Schneider on course for a record: The first day at the International Ludwigsburg Dressage Festival 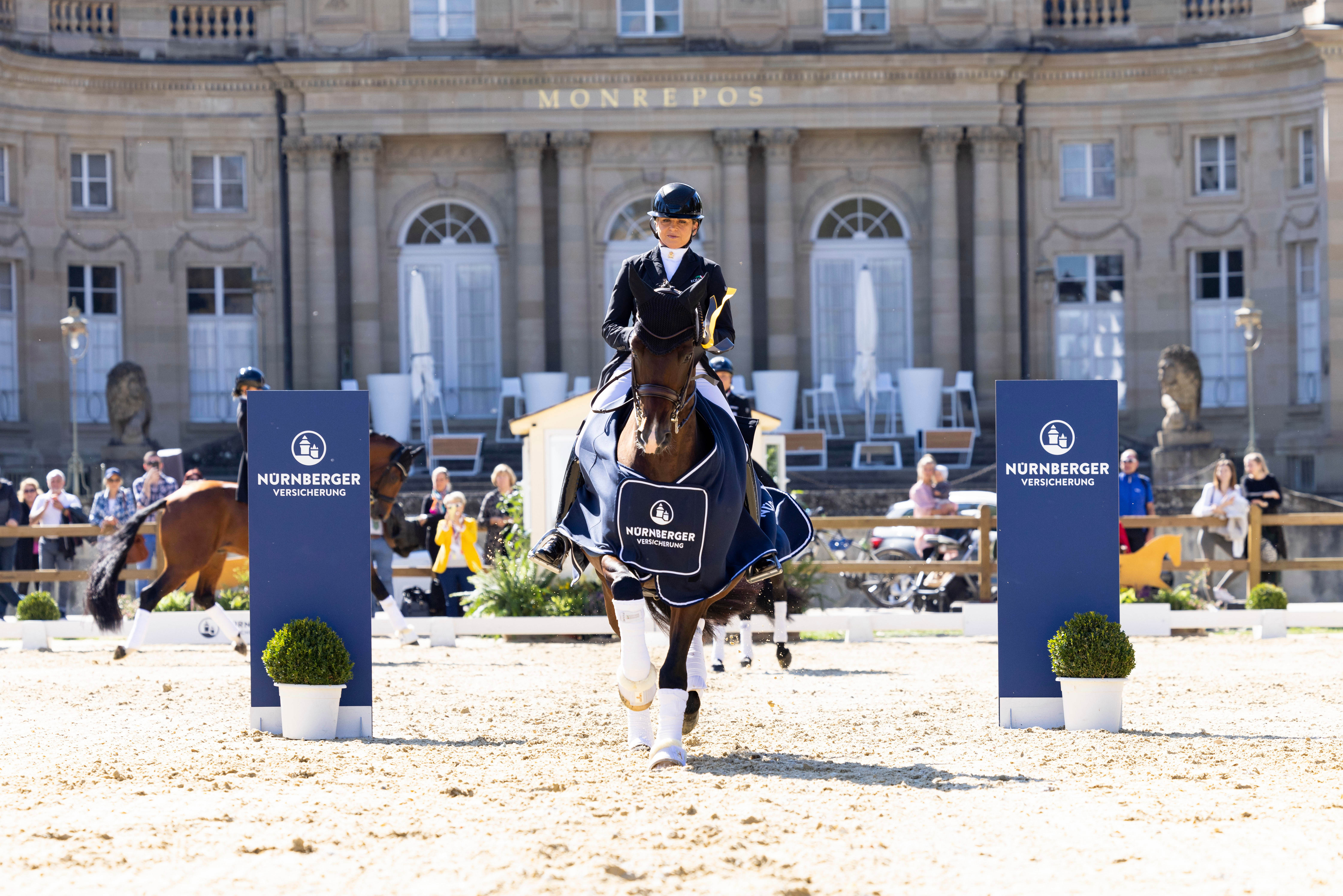 23 Sep Werndl with personal best and Schneider on course for a record: The first day at the International Ludwigsburg Dressage Festival

Ludwigsburg — The U25 riders were first on the dressage arena in front of the Seeschloss Monrepos on Thursday morning. The Piaff-Förderpreis makes its first stop at the International Ludwigsburg Dressage Festival and seven pairs started in the preliminary competition. Dressage coach Johan Zagers had reason to be proud of his two students: Joana Peterka (Hagen) and Paulina Holzknecht (Solingen) are members of the German perspective squad, they were both on the longlist for the European Championships U25 this year and took the top places in the Intermediaire II. Peterka won with a score of 71.789 percent on the Dutch chestnut stallion Davidoff ter Kwincke. Holzknecht and Entertainer Win T rode into second place for 70.842 percent — a wafer-thin margin over Selina Söder (Aubenhausen) and Zaire-E in third place.

NÜRNBERGER BURG-POKAL of the Dressage Riders — It’s getting exciting

The last chance to win a ticket for the final of this year’s NÜRNBERGER BURG-POKAL for Dressage Riders 2022 attracted a large and strong field of competitors to Ludwigsburg. 25 hopeful combinations competed in the preliminary qualifier. Dorothee Schneider (Framersheim) was the first rider to set the bar high. She scored 74.122 percent for her performance on Gestüt Pramwaldhof’s nine-year-old Quaterline (Quaterback x Hotline). It was a start-to-finish victory for the riding master, who could possibly qualify her 20th horse for the final of the prestigious series after the victory of Dante’s Hit in the qualification in Balve — a new record.

Schneider was more than happy with her round: “Quaterline has three super paces, with a lot of elasticity especially in the trot. I was already impressed by the scenery here in front of Monrepos Palace last year! It is simply wonderful to be able to ride here again. Quaterline also felt very comfortable. I hope on Saturday he brings just as much inner strength and is with me as he was today!”

Exactly the same percentage of 72.804 percent was awarded to Ingrid Klimke (Münster) in the saddle of the Franziskus son Freudentänzer and Yara Reichert (Landshut) on Springbank II VH by Skovens Rafael. Fourth place went to Charlott Maria Schürmann (Gehrde) and the Dante Weltino daughter Dante’s Pearl (72.731 percent). The best 12 rider-horse pairs of this competition will determine at 2:45 pm on Saturday who will complete the starting field in December.

Benjamin Werndl (Aubenhausen) and his young horse Discover took the golden ribbon in the CDI1* Prix St Georges, Prize of the Horse Competence Center Germany GmbH with a personal best of 73.323 percent. A misunderstanding in the first pirouette proved costly for Dorothee Schneider and Flashback and ultimately meant second place with 72.530 percentage points. Third place went to a rider from Switzerland: Birgit Wientzek Pläge achieved a ‘Personal Best’ of 71 percent with the Rhineland mare Ascona.