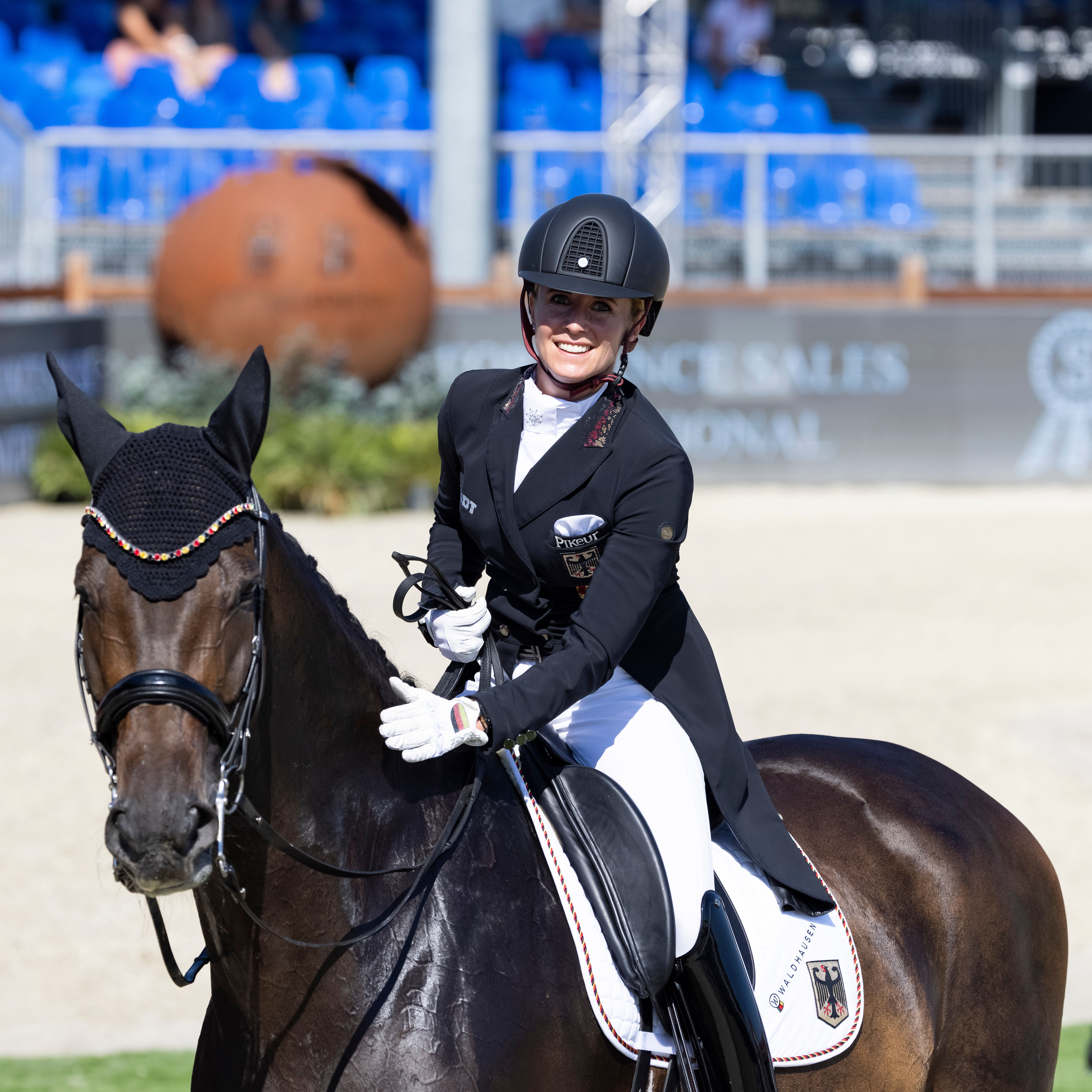 Ludwigsburg — In just two weeks, from 22 to 25 September, the beautiful Domaine Monrepos will host the 2nd International Ludwigsburg Dressage Festival, and it promises to be a more than exciting competition. The nomination deadline ended this week and an impressive 130 riders from 17 nations will be participating in the second edition of the dressage event.

If we could talk about World Championship level in our previous press release, then we can “step it up a notch” in this one: Individual and team Olympic gold medallist Jessica von Bredow-Werndl (Tuntenhausen) will celebrate her sporting comeback in Ludwigsburg after the birth of her daughter Ella Marie. She will meet strong competition, among others from her own family. Benjamin Werndl, freshly motivated by his excellent performance in Herning, is nominated for the CDI1* and 4* Tour. With Ingrid Klimke (Münster), Isabell Werth (Rheinberg) and Frederic Wandres (Hagen a.T.W.), the entire bronze medal-winning German equipe is represented. The German Champion Dorothee Schneider (Framersheim) is just as happy to return to Monrepos as the Swede Patrik Kittel or the Baden-Württemberg rider Ann-Kathrin Lindner.

In addition, there will be many Ludwigsburg “first-timers” such as Olympic rider Victoria Max-Theurer and her partner Stefan Lehfellner from Austria, the Belgian Grand Prix rider Laurence Vanommeslaghe, or the riders competing for the USA, Susan Dutta and Jennifer Hoffmann. Not only the nominations in the international tour are impressive, the national competitions are also bursting with talent. 36 entries in the NÜRNBERGER BURG-POKAL speak for the quality of the young dressage talent.

“With such an incredible top-class line-up, this year’s Dressage Festival will be an absolute highlight of the season. The recipe is simply right here in Ludwigsburg – the conditions, the atmosphere, the competition – word gets around,” commented Francois Kasselmann, organiser and managing director of Horses and Dreams Entertainment GmbH. “It is very exciting that we can welcome the top riders to Baden Württemberg so soon after the World Championships and I think we are all looking forward to seeing who will be on the podium in the end.”

Harry Blum, Show Director of the host RFV Ludwigsburg-Monrepos explains: “In the coming week we will start with the preparations and the construction of the dressage arena here. Our team is already highly motivated, but this start list gives us an extra boost!”

Entry is free on all four days of the event. ClipMyHorse.TV will also be broadcasting all competitions live.